Over 70 years ago during WWII, an unknown soldier captured 31 rolls of film throughout his service. These were recently discovered by photographer Levi Bettweiser, the man who founded the Rescued Film Project. Bettweiser works with the Rescued Film Project, an online archive gallery of images that were captured on film between the 1930’s and late 1990’s. Each image in their archive was rescued from found film from locations all over the world, and came to them in the form of undeveloped rolls of film.

When Bettweiser originally encountered the 31 rolls of films, they were enclosed in a plastic bag. He says that although many of the rolls were too damaged to develop, the majority of them resulted in wonderful images. In several different shots, a single unidentified soldier appears and he suspects that this may be the photographer who lent his camera to others to get the shots of himself.

In an Interview, Levi reveals, “The rescued WWII film is truly unique from anything else we’ve rescued so far, which currently is over 5,500 images and counting. I think the fact that these images are documenting a large historical event that impacted so many people really creates a sense of intrigue with anyone viewing them.” 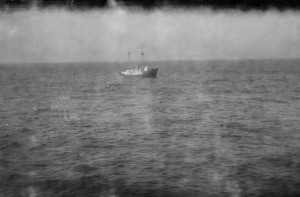 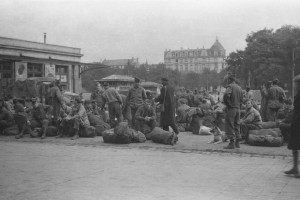 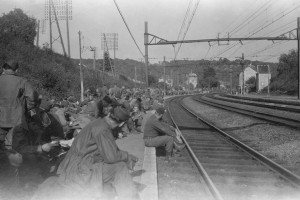 Check out more photos at: The Rescued Film Project