Photography as we known it today was not the same a few decades ago: 1973 was a year without iPhones, Snapchat and Instagram and one man was about to change that: Steven Sasson. He was not the inventor of previously mentioned technology but the forerunner of what we know today as a “Digital Camera” which enables us to share images and pictures in an instant with people around the world.

At the age of 24, Sasson was working for Kodak Eastman and was given the project of identifying a use for the previously invented CCD (charge-coupled device). It contained a sensor which was able to capture light patterns and convert them into an electrical signal.

The downside was, at that state it was not able to store these pictures because of the quick vanishing electrical signals. Therefore, it was necessary to combine it with a process which was able to cache and store the captured electrical pulses.

The solution for that was the recently discovered “digitization” process which converts signals to numbers. This enabled Sasson to transfer the information right onto a digital magnetic tape. The whole process ended up being rather complicated at the beginning and resulted in a monstrous looking cube with several other components borrowed from different other electronic devices. 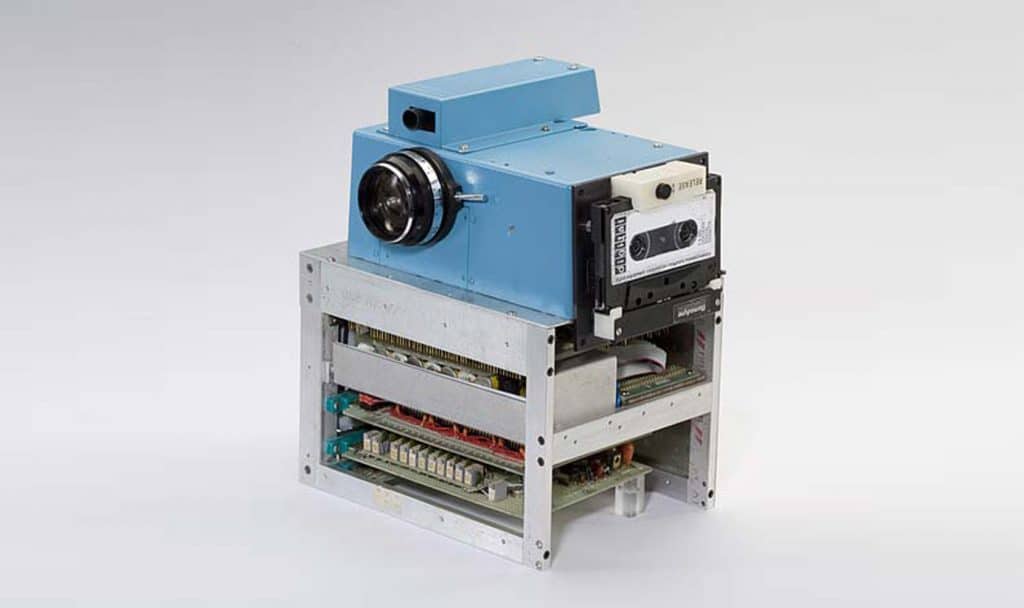 In addition to the prototype, Sasson followed up with a playback function which enabled the photograph to look at this creation via a playback device connected to a television.

Even though this was a breakthrough in terms of photography, Kodak’s enthusiasm about the new technology was rather limited. At this time Kodak was holding a  monopoly in the USA related to cameras: for example, a photo taken during the vacation was most likely done with a Kodak camera or Kodak Instamatic which will then be processed by Kodak itself. Therefore they were afraid of losing control over the money making system they build up. Instead of embracing the change, they kept it hidden to avoid that competitors could use reverse engineering to make use of this technology for them self. Because of this and their old-fashioned mentality to disregard change throughout the years, Kodak eventually lost their big market share and had to to file for bankruptcy in 2012.

This is just an example of a company who was too short-sighted and did not realize the world around this once successful brand was in a constant process of change. This is a topic for another day but should be kept in mind and be a valuable lesson for future companies.

We hope you liked this small introduction and we are looking forward to see you again next week.  Until then you might want to take visit our website: ScanCorner India.