The rare photos of the Korean War which broke out on June 25, 1950, were published by the Yonhap News Agency, to mark the 65th anniversary of the war. The photographs taken by the International Committee of the Red Cross provide insight into the tragedy during the Korean War which lasted from 1950 till 1953.

In Korea, this war is  known as the “6-2-5 (yug ee oh) War,” a reference to June 25, 1950, when the North Korean People’s Army invaded the South. Among North Koreans, it’s “the Fatherland Liberation War” and the Americans called it as “The Forgotten War”.

The war was fought by the United States and 20 other allied countries on the side of South Korea, marking the first major armed conflict in the Cold War era pitting Communists against non-Communists internationally. During the three-year conflict, about 140,000 South Korean troops were killed and some 450,000 were injured, some 215,000 North Korean soldiers killed with some 300,000 wounded and approximately 2.5 million civilians killed on the Korean Peninsula.

The brutal war lasted for approximately three years and ended when the United Nations Command, the North Korean People’s Army and the Chinese People’s Volunteers signed an armistice agreement and not a peace treaty, leaving South and North Korea at war for the past 65 years. 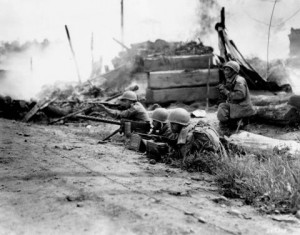