Walt Disney’s first Christmas themed film – “Empty Socks”, which was thought to be lost, was discovered in National Library of Norway in Mo i Rana, near the Arctic Circle. The film features Oswald, the lucky Rabbit, a character created before the Mickey Mouse by Walt Disney and Ub Iwerks. The movie centers around Oswald who dresses up as Santa for a group of orphans.

“At the beginning, we didn’t know it was a lost cinematographic treasure. The film was in two reels which weren’t clearly labeled,” Kvale Soerenssen, an archivist at the library, said in a statement.

The original version had duration of 5:30 minutes, but approximately 30 – 60 seconds of the central part are still missing. Before this, the only copy of ‘Empty Socks’ known to exist was a 25-second sequence preserved at New York’s museum of Modern Art.

The film has been digitally restored and the copies were sent to the Walt Disney Company in America. The originals are still remaining in the National Library Archives in Mo i Rans.

The National Library has launched a large digitization project to make its collection more accessible, which has helped discover lost documents. 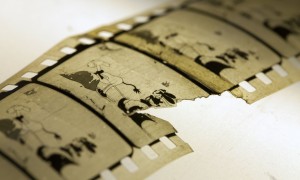