The New York Police Department (NYPD) has photographed crime scenes of traffic accidents, parades, or public events almost since the technology was available. A new grant from the National Endowment for the Humanities will support the digitization of around 30,000 of these photographs from 1914 to 1975, making them available to the public for the first time. All these photos were stored in boxes after the conclusion of cases and stored away out of sight in a basement.

In 2012, the New York City Municipal Archives released 870,000 pictures online of the total of 2.2 million photographs, videos, audio files, and other material to be made viewable for public.

Some might seem strangely familiar to those taken by the famous well known crime photographer Weegee. For example, a NYPD shot of murder victim Dominick Didato on Elizabeth Street in 1936 focuses on the gun on the pavement and the blood stains on his back, while the more artistically inclined Weegee angled toward the blood splatter seeping from the body. One of the more unassuming photographs, of a murdered girl’s bedroom in the Bronx in 1939, may give you chills: it has an eerie doll posed on the bed. Others show protests at Columbia University in the 1960s and police burning “indecent” books in 1935 at their Manhattan headquarters.

If all goes according to schedule, the prints will be scanned starting in July 2015 and will be made available for viewing shortly afterwards through the Municipal Archives Online Gallery 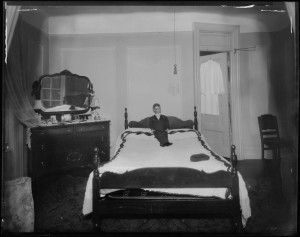 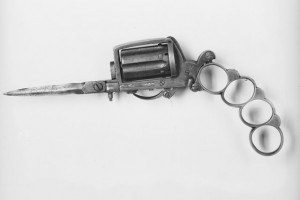