Canon, one of the leaders in digital imaging solutions, announces its 80th anniversary of its
first camera, the Kwanon.
In 1934 the company launched its first camera, the Kwanon , named after the Buddhist goddess
of mercy. When selecting the name, the engineers relied on the benevolence of the deity hoping that it would
help them pursue their dream of producing the best camera in the world. Additionally, the top of the camera featured an engraved symbol of the goddess Kwannon. At that time Canon did not have any facilities to produce it own lenses. So the one which is built in Kwanon , also bearing a Buddhist name, comes from today’s company Nikon. 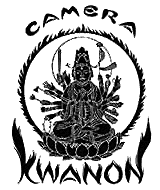 Two years later, after completion of the Kwanon and some further experiments including much trial and error, Canon launched the Hansa Canon, its first commercial 35mm focal-plane-shutter camera. The company’s history has been embarked as the leading camera manufacturer.
1959 Canon introduced its first single lens reflex camera (SLR), the Canon Flex, a tremendously famous camera. After this success the company continued to lead the industry with a range of popular camera models.
raja 2014-10-10T06:38:37+00:00 October 10th, 2014|Uncategorized|0 Comments