More than four centuries of history and evolution of Calcutta will be told by a complete archive full of rare photographs, text, sound recording, manuscripts, maps and digital documents, setup by the local government.  Arun Roy, the director of the monthly magazine puroshree, will manage the digitization of texts and photographs. This is a 20 million rupees project.

The archive has been named as the Amal Home Digital Archive as a tribute to Amal Home, founder of the Calcutta Municipal Gazette. Most of the contents for this project are provided by this magazine.

The Digital Archives will be the nation’s first data bank which offers insights on the struggle for India’s independence through letters and speeches of personalities like Mahatma Gandhi, Netaji Subhash Chandra Bose and Rabindranath Tagore. The data explains the society and economy at the time of British rule, the struggle for freedom and other tropical issues in the history of India. The formation of current Calcutta from the villages Sutanuti, Gobindapur and Kolikata which the East India Company has bought, is also found only in this archive. The archive will also include the contributions of researchers, editors and ordinary citizens. People from all over the country have been involved with providing the data to build this archive. 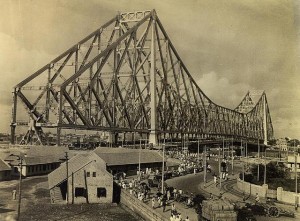