All about slides and different types of slides

All about slides and different types of slides

Before digital photography was the norm, prints and slides were generally two methods of processing film. Prints were developed on a sheet of photo paper, while slides were small, transparent pieces of film in a cardboard sandwich.

‘Slide’ commonly refers to a 35 mm photographic positive image comprising chromogenic dyes on a transparent base held inside a plastic or card mount intended for projection onto a screen using a slide projector. Without this mount, the transparent film material would not be able to slide from one image to another inside a carousel or magazine when projected. 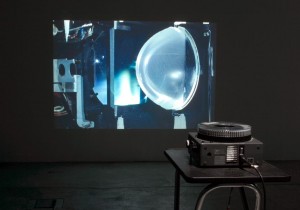 A 35 mm slide can be magnified by a factor of 100 (from 35 mm to 3,500 mm) and still maintain a crisp and detailed projected image. The size of what you see displayed on the screen is based on the distance from the projector. The further away from the screen, the larger the 35mm Slides will display. 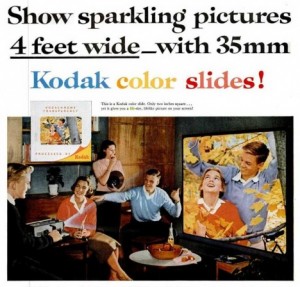 Kodak’s commercial slogan during the 1950s was: ‘For sparkling pictures big as life … Kodak 35mm colour slides’. During the 35 years of their popularity, from 1960s to the mid-1990s, processing costs for slides to create high-quality projected images were relatively low. They were widely used to capture performances, journeys and the lives of artists and used in contexts ranging from domestic to commercial applications such as advertising, arts, fashion and industry. No other medium could compete with the ability of slides to produce large-scale projected images of comparable excellence. Video technology, for example, could only produce a fraction of the quality. Alternative technologies such as 16 mm film involved elaborate production process. The only other format that was readily available on a similar budget, without the need of professional post-production was 8 mm film, produced for the home movie market. Both 16 mm and 8 mm film are moving image media and hence produce a very different quality of image.

Many art historians still refer to slide-based artworks as slide-tape. This term dates from the 1970s when magnetic audio-tapes in cassette format were used to store a tone that cued slide changes alongside the audio track or spoken word accompanying the images.

Information About the different slides in your Slide Collection

The image advertisements many movie theatres show before the movies are usually, projected 35mm slides. Below, you will find some of the different types of slides: 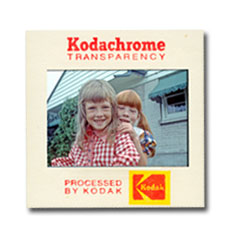 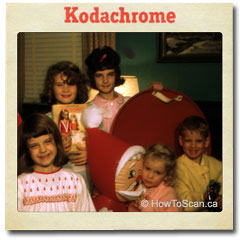 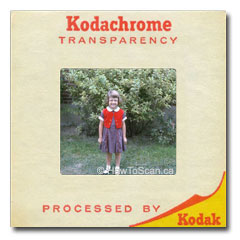 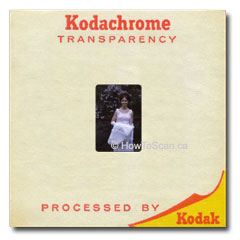 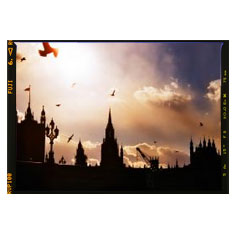 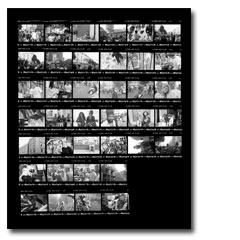 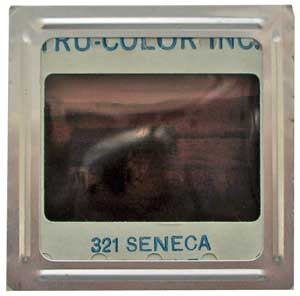 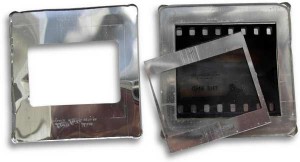