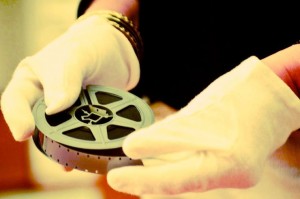 The 16mm film donated to Purdue University Libraries’ Virginia Kelly Karnes Archives and Special Collections Research Center features Amelia Earhart and her Lockheed Electra plane as they were being photographed by Earhart’s official photographer, Albert Bresnik.  The footage thought to have been taken by Albert’s brother, John Bresnik, captured Earhart speaking and posing at the Union Air Terminal in Burbank, California (today known as the Bob Hope Airport).

Douglas Westfall donated the film to Purdue who is the owner and publisher at The Paragon Agency, which released a book “Amelia Earhart’s Last Photo Shoot”, by Nicole Swinford.

Edward Elliott, the then president of Purdue, recruited Amelia Earhart as a career counsellor and advisor to the Department of Aeronautics. Lockheed Electra that became known as Earhart’s flying laboratory was purchased for $80,000 from the fund for Aeronautical Research in April 1936. Earhart and her navigator Fred Noonan vanished on July 2, 1937, over the Pacific Ocean during their around-the-world flight. 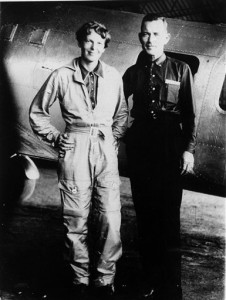 Tracy Grimm, the Barron Hilton archivist for Flight and Space Exploration in Purdue’s Archives and Special Collections explained that during Earhart’s time, aviators were considered heroes because, due to the dangers of aviation, they were risking their lives.

“Defying gender roles, Amelia Earhart built an unorthodox career in a man’s world, earned the Distinguished Flying Cross, was a compelling force for women’s rights and consistently made the Most Admired and Best Dressed women lists, a complex combination that allowed her to have a real and lasting impact,” wrote Cochrane in the Huffington Post piece.