On 150th anniversary of President Abraham Lincoln’s assassination, a massive online archive is in the works that contains more than 100,000 documents, all documents written by or to Abraham Lincoln during his lifetime. More recently discovered letters and documents are also being added to the digital archive as time passes.

The Papers of Abraham Lincoln, is a project sponsored by The University of Illinois and the Abraham Lincoln Association. Lincoln was assassinated in Ford’ Theater in Washington, D.C. on April 14, 1865.

So far, the archive includes more than 67,000 written documents available in image form online where users can browse or search by title and date.

The Papers consist of three types:

Series I: Legal Papers, which cover Lincoln’s time practicing law from 1836 to 1861; The collection encompasses the surviving record of his quarter-century career in the federal, state and county court systems.

Series II: Illinois Papers, which encompass Lincoln’s non-legal life from his birth in February 1809 through March 3, 1861, the day before his inauguration. The papers include personal and political correspondence, political speeches, and all other non-legal materials

Series III: Presidential Papers, which include a massive documentary record of an active president engaged in leading a nation during wartime.

The archive also contains images of some of the most historically significant documents penned by Lincoln, such as one of the five original copies of the Gettysburg Address. 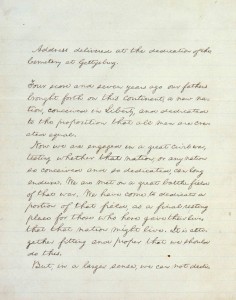 One of the five extant copies of the Gettysburg Address. Courtesy of the White House Historical Association.jpg

The archives also contain documents illustrating a more personal side to the Civil War-era president and his constituency — no matter how old they were such as a letter to 11-year old Grace Bedell on Oct. 19, 1860 who had suggested Lincoln grow a beard because his face was so thin.

“President Lincoln’s legacy as a statesman has marked him as one of the most important and influential leaders our country and the world have ever known,” Daniel Stowell, director and editor of The Papers of Abraham Lincoln, stated in a news release. “He was also perhaps the most well-written, and written to, presidents in history, with thousands of personal and political documents, all of which tell the story of our country during one of the most pivotal times in history.” 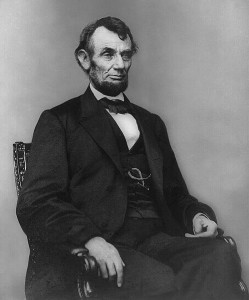