Twain’s articles, about 150 years old, written when the author was a young newsman in San Francisco,have been tracked down by the Scholars at the University of California, Berkeley. 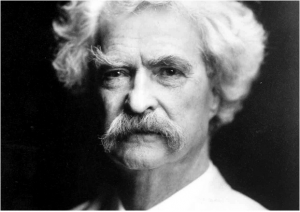 Twain’s job was to write a 2,000-word story or letter every day for publication in the Territorial Enterprise newspaper in Virginia City, Nevada, six days a week for a salary of $100 a month. He wrote about everything from San Francisco police to mining accidents. The scholars picked through archives of other western U.S. newspapers for copies. They have found about 110 columns written in 1865 and 1866.

“This is new stuff, even for Mark Twain fans,” Hirst told the Chronicle. Bob Hirst is editor of the UC Berkeley’s Mark Twain project and says the articles were found when looking through western newspaper archives.

In one letter, Twain suggested tough punishment for corrupt police officers in San Francisco, saying they were less useful than “wax figurines,” as reported by the Chronicle.

Hirst said that the articles were written at a time of when Twain was trying to decide in which direction to take his career. “It’s really a crisis time for him,” Hirst said. “He’s going to be 30 on 30 November 1865, and for someone not to have chosen a career by that time in this period was quite unusual.” He was in debt and drinking heavily, and even wrote to his brother that he was committing suicide, saying: “If I do not get out of debt in three months – pistols or poison for one – exit me.”

The articles are the perfect example of Twain’s matchless style. 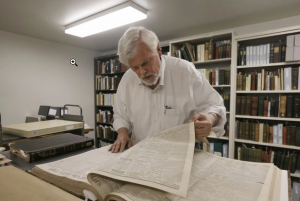 Bob Hirst, the general editor of the Mark Twain Project, with a book of 1866 Sacramento Union newspapers at the Bancroft Library at the University of California at Berkeley. (Jeff Chiu/AP)